The Space Between Us

by Daniel Land & The Modern Painters 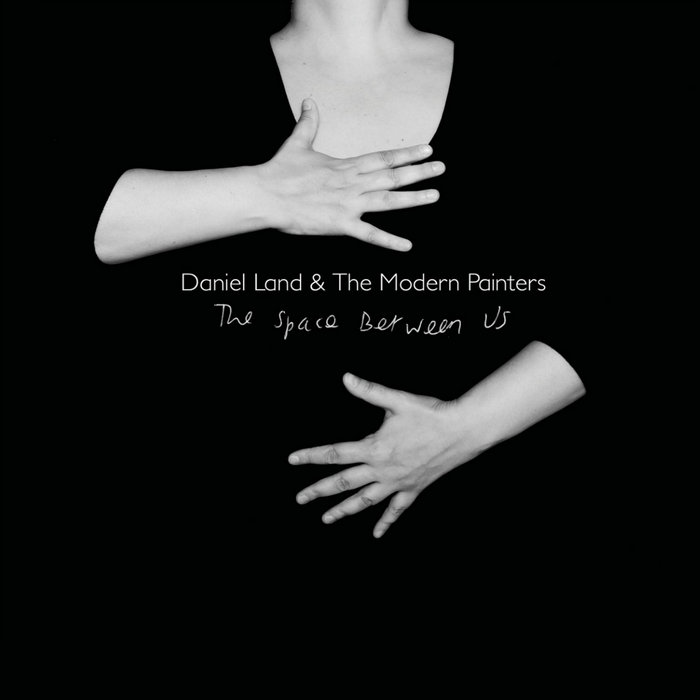 Daniel Land & The Modern Painters return with their second studio album, ‘The Space Between Us’, via Club AC30 Recordings, on 28th May 2012. The album follows their debut album, ‘Love Songs For The Chemical Generation’, released in 2009.

Recorded and mixed by Daniel Land at his 500 year old cottage in leafy South Manchester, ‘The Space Between Us’ is, in Daniel’s words, "more collaborative than our debut; even the songs that I recorded entirely on my own were written with one eye on how we play as a live band; the range of things we can do. The faster songs are faster and the slower songs slower; there’s a greater dynamic range". Another change from ‘Love Songs For The Chemical Generation’ is a more adventurous approach to instrumentation, with harpsichords, accordions and mandolins punctuating the more familiar lush guitars and roving basslines that characterised their music to date.

In a sense, the album is a more precise distillation of Daniel’s approach to music and the sounds that drew him to form the band whilst a student at Manchester University. A frequent visitor to the clubs of his adopted home city, Daniel Land & The Modern Painters were born in the somewhat incongruous settings of Manto’s Breakfast Club where Daniel met Graeme on his 21st birthday and Graeme, in Daniel’s words, "gave me the encouragement and support to become the singer I had always wanted to be".

Having spent his formative years listening to the likes of Brian Eno, Peter Gabriel and Cocteau Twins, Daniel’s early musical compositions were more about experiments in sound and less about conventional songs. Mixing that with the Trance that grabbed him on arrival at University and then filtering it further through the sounds that others handed to him during his student years from the likes of Red House Painters, The Verve and Slowdive, Daniel Land & The Modern Painters initial influences (and continuing interests) are less defined by artists and more informed by sonic experiment and the overall feel of the music. With ‘The Space Between Us’ adopting a band focus, that fascination with musical texture has filtered through a band dynamic to create modern pop songs that demonstrate an experimental edge but deliver moments of singalong bliss and visceral climaxes.

Whilst ‘The Space Between Us’ is musically a band album, lyrically it is very much Daniel’s creation. The title refers to relationship travails that occurred throughout the writing and recording process, the break-up of one long term relationship and the failure of a second. Daniel’s take on the lyrics for the album was refreshingly brave: "The lyrics are more decipherable than last time, this is deliberate. I wanted to communicate honestly and openly, even if what I was singing was uncomfortably revealing for me."

The writing process was heavily influenced by the books of Milan Kundera, so much so that Daniel jokes "I would have called the album Milan Kundera if I thought I would have got away with it", but the literary influence doesn’t end there as Daniel explains: '"The Space Between Us' is also the name of a novel by Thrity Umrigar about love and friendship across a class divide, which has a kind of thematic bearing on the second of the two relationships I was writing lyrics about."

Other literary references that occur throughout the album are too numerous to mention but Daniel identifies the likes of Virginia Woolf, Edmund White, Pier Vittorio Tondelli, Joseph Olshan, Shakespeare’s ‘Romeo and Juliet’ and, "erm, Stephen King" as influences on the lyrical content of ‘The Space Between Us’. Yet, for a record dealing with serious matters and imbued with high culture references, at heart ‘The Space Between Us’ is a classic pop album of love songs, both requited and unrequited.