The Dream Of The Red Sails 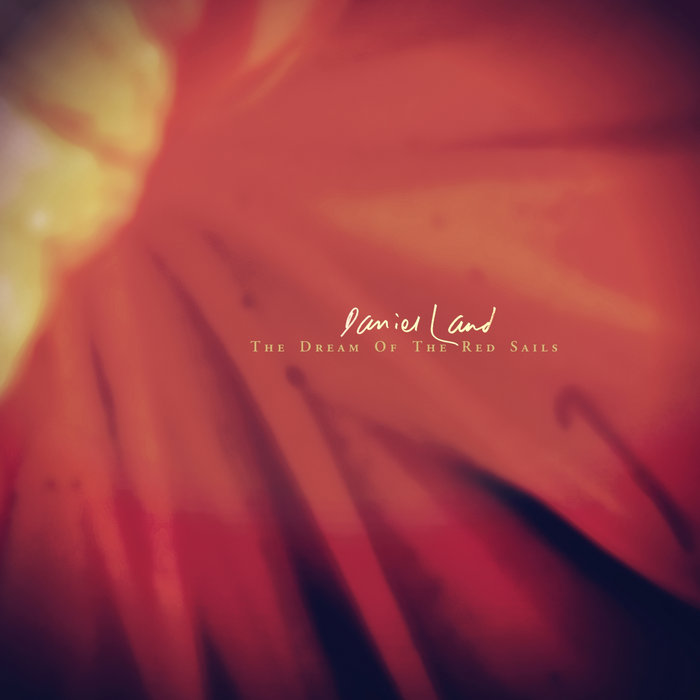 Daniel Land's fourth album of songs, 'The Dream Of The Red Sails', is a return to the classic Dream Pop style for which he has been best known since the release of his first album, 'Love Songs For The Chemical Generation', in 2009. That album, released with his former band, Daniel Land & The Modern Painters, was called "One of the finest records of its time" by Drowned In Sound, and "Like Slowdive reimagined by Phil Spector" by the NME. It is now widely considered to be a modern classic of the shoegaze genre, although Daniel remains the very definition of an outsider artist – a "Dream Pop cult hero" in the words of The Skinny – releasing records on his own label, and known only to the shoegaze cognoscenti.

'The Dream Of The Red Sails' comes two years after Daniel’s acclaimed 'In Love With A Ghost'. A sophisti-pop tour de force which referenced the lush electronica of Talk Talk and The Blue Nile, the album featured over twenty musicians, and was called "Gorgeous, lush and accessible, like fusion dining for the ears” by Noise Journal, whereas Primal Music stated that Daniel demanded "Some kind of greater perspective or respect" for an album that was "built on the genius of performance, production, songwriting and sound”.

Daniel started writing the songs that make up 'The Dream Of The Red Sails' in the second half of 2016 – “the year of Brexit, the year so many of my heroes died” – a year which culminated in Daniel, crestfallen, in New York City on the night that Trump was elected. If 2016 seemed dark from beginning to end, it was against that backdrop that he started working on a set of songs about memory, friendship, warmth, and the beauty of the late summer and early autumn – a set of songs which was refined during a period spent in California in 2017 where, in a reflective mood after a cancer scare, many of the lyrics for the album were written.

"The ultimate diagnosis was benign", he says, "But while this was all going on I stumbled across some of my old diaries, and I was in a really wistful mood, thinking about all these people who whistled through my life when I was 17 or 18 – twenty years ago now – and wondering how my life might have changed if things had gone down a different path. And also, remembering those who didn't make it - an old boyfriend, who passed away years back, and a family member who died while I was making the record".

'The Dream of The Red Sails' is a record steeped with undertones of regret, nostalgia and loss, and this is, perhaps, what makes the album such a rewarding, refreshing listen; like the work of Harold Budd, or Daniel’s beloved Cocteau Twins, the album’s surface beauty suggests ugliness held at bay, as opposed to syrupy sentimentality, matched with some of the most direct lyrics of Land’s career. "I'm not dying", he sings on 'Self-Portrait in Autumn Colours'. "I'm just another year older, onyx-scarred, on a hiding to nothing". Or, on ‘Skindivers’ – a song which looks back at a teenage boyfriend whose life was cut short by a motorcycle accident – “We were young lovers, not in love; we couldn’t leave his cock alone”.

With its unique blend of confessional poetry, blue-eyed soul vocals and starry-eyed dream pop, 'The Dream Of The Red Sails' is better crafted and more to the point than anything in Land's career so far, and shows a true outsider artist at the peak of his creative powers. "If the new album feels freer than the last", he now says, "it's because I've finally gotten to a point where I no longer care what fashionable or influential people think of my music. All my things I love and obsess about – effects pedals, weird guitar tunings, sound manipulation, chord sequences, layers and layers of vocals – they're all in there. It's more 'me' than anything else I’ve done. It's the sound of no fucks being given".

Perhaps not a coincidence, then, that Daniel is now both a scholar and a practitioner of the kind of music he creates; currently studying a PhD in Shoegaze at the London College of Music, whilst collaborating with artists as varied as Darkher (Prophecy Records), Swoone (Siobhan De Mare/Gary Bruce), and the prolific electronica auteur Bing Satellites.

Lauded by Guy Garvey, Mark Radcliffe, Tom Robinson, and many others, Daniel Land makes the kind of music that, in the words of BBC Radio 1's Rob Da Bank, "The late John Peel would have loved".

Produced, engineered and mixed by Daniel Land at home studios in London and Hampshire; at Studio Lairie, Cuves, France; at Marina Shores, Dana Point, California; at MCoS, Manchester; and at the London College of Music.